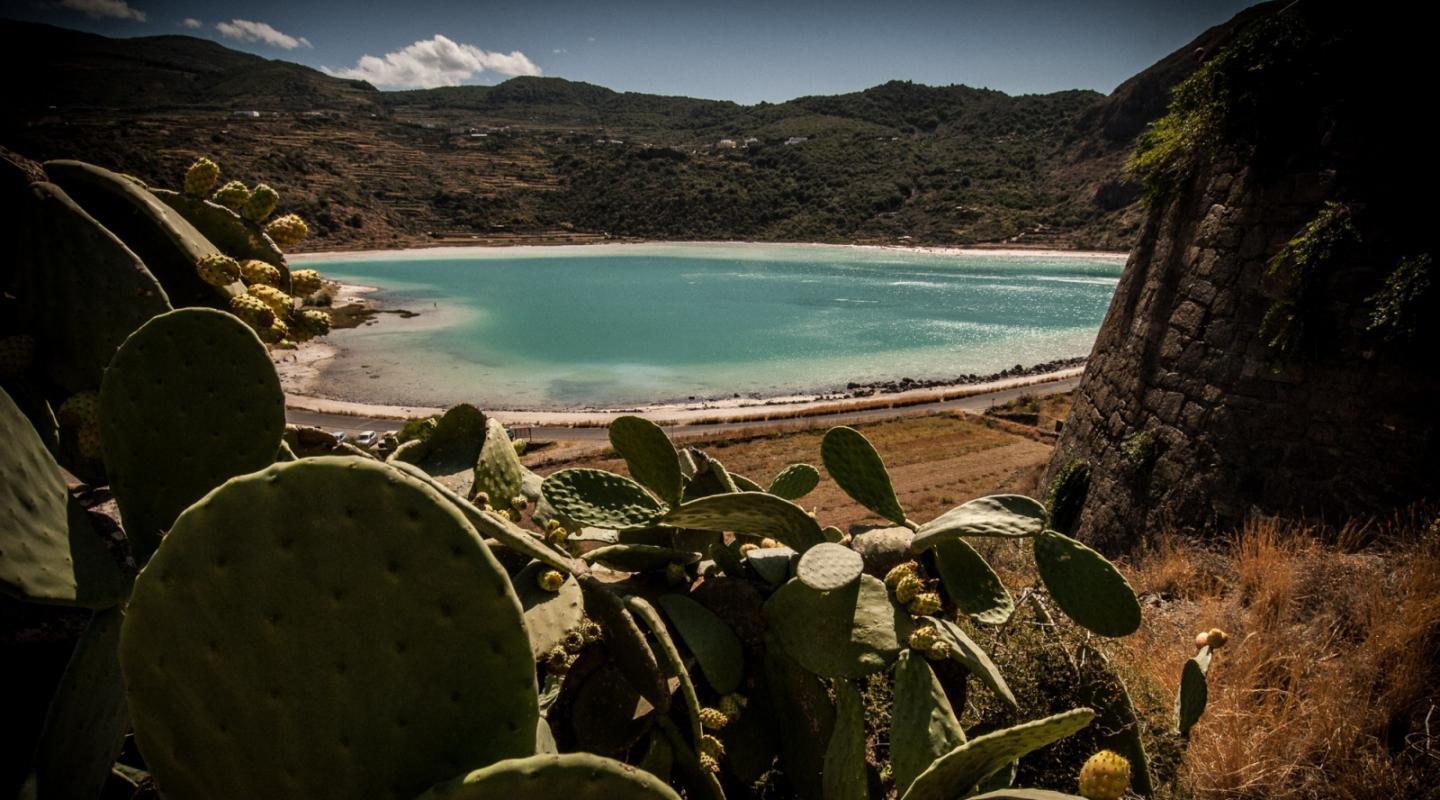 Looking for a hotel in Pantelleria Island? Choose from more than 0 boutique hotels and charming hotels

Pantelleria is the largest of Sicily’s islands (83 sq.km) and it is also the most westerly, lying a mere 84km from the African continent, on a level with Tunisia. Due to the ever-present strong winds blowing in from the sea its climate is not felt to be extremely hot. The island can be reached by air or by several boat connections from Trápani, Marsala or Mazara del Vallo on Sicily’s west coast.

The volcanic island with its rocky lava coastline, riddled with caves and immersed in glorious clear blue sea, is a place of exceptional beauty, also called the “black pearl of the Mediterranean”. An ancient crater, “Montagna Grande” (836m) is the highest point of the island and the volcanic activity is still omnipresent with hot springs emerging from the sea floor just off the coast, sulphuric vapour and jets of steam (fumaroles) emitted from the volcanic rock.

The fertile lava land mass is perfectly suited to the cultivation of the vine and so viticulture is the main activity of the inhabitants of Pantelleria, who traditionally tend to be farmers rather than sailors. The terraced vineyards, olive and citrus orchards have pleasantly fashioned the rocky slopes, dotting them with picturesque green oases. A famous wine is the “Passito di Pantelleria” made with sweet zibibbo grapes. Second speciality of the island are the salted capers.

The first settlers may have come from Africa in Neolithic times to extract the “black gold” obsidian (dark volcanic glass, raw material for blades, arrows etc.). They were followed by Phoenicians, Romans, Byzantines… and finally the Arabs who introduced cotton, olives and figs, and improved the cultivation of the vine. Many of the island’s farming communities, e.g. Khamma, Gadir, Mursia…, preserve their Arab names and the traditional type of house found on Pantelleria, the “dammuso” - square constructions built with square stones - is also Arab in origin.

The three Egadi Islands (4,600 inhabitants) Favignana, Levanzo and Marettimo form a mini-archipelago near Trápani and Marsala. With their lovely coastlines and the crystal-clear blue water they are a paradise for diving and snorkelling. The main island Favignana is the most popular water sports resort, whereas the mountains of Marettimo are appreciated for trekking tours. The islands which have been inhabited since prehistoric times (witnessed by cave paintings in the “Grotta del Genovese” on Levanzo) were known as pirates’ hiding-places. Nowadays the main sources of income are fishing and not least tourism. An exciting event - though not for the faint-hearted and maybe matter of taste - is the “mattanza”, the famous ritual of tunny fishing by means of harpoons.

The islands can be easily reached by hydrofoil from Trápani - Favignana, the nearest one, in approx. 20min. only.