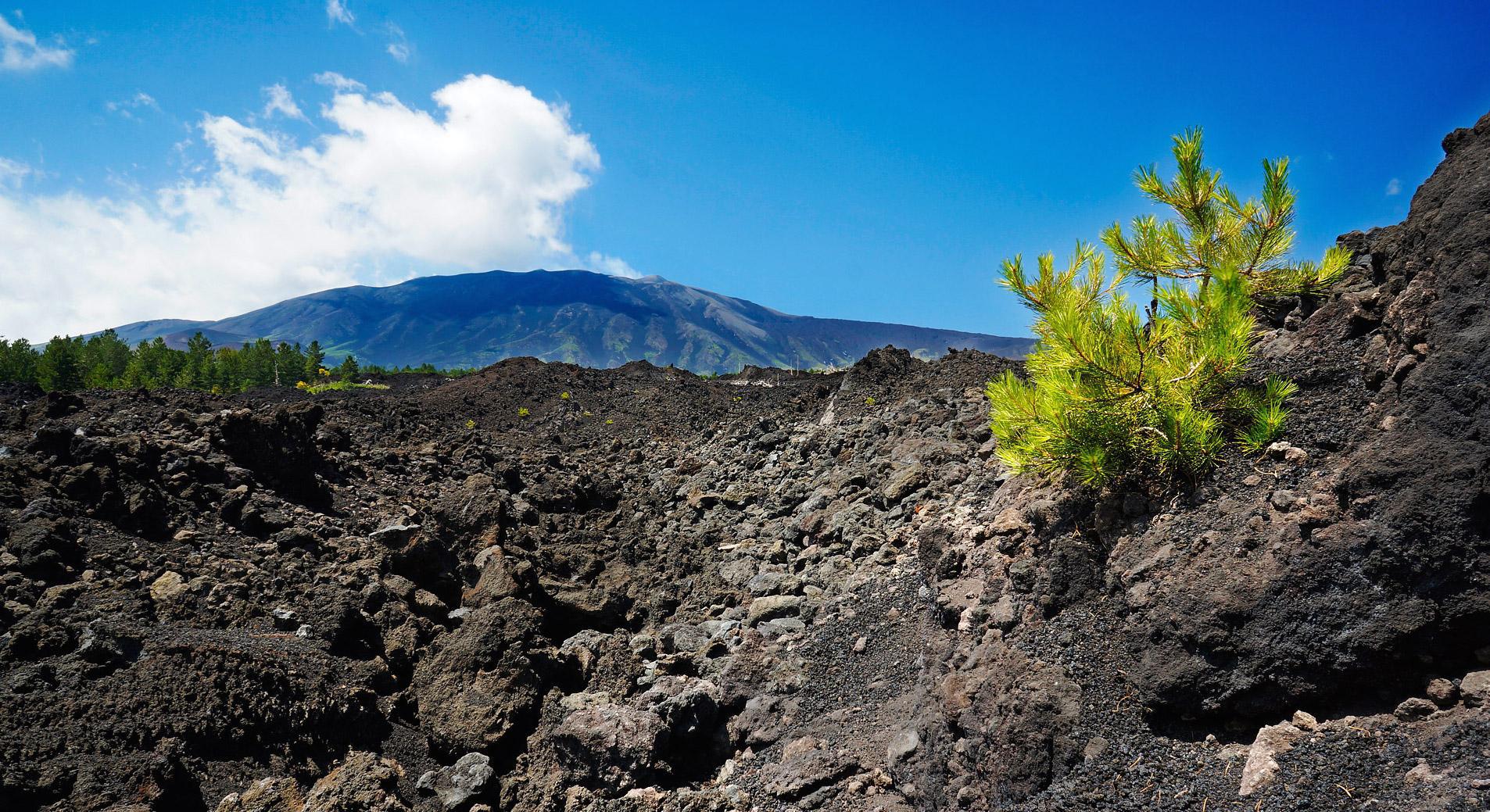 Looking for a hotel in Linguaglossa - Etna? Choose from more than 0 boutique hotels and charming hotels

Majestic Etna (3,343m/11,032ft), also called "Mongibello" (“mountain of the mountains”, from the Italian "monte" and the Arabic "giabal" = mountain) lies in the east of the island of Sicily - close to the coast and northwest of Catania. It is Europe's largest active volcano and after the Alpine peaks the highest mountain in Italy. The almost circular base of the truncated cone measures 40km/25mi in diameter and 165km/102mi in circumference.
In 1987 an area of approx. 59,000 hectares round the volcano was designated as a National Park in order to protect the unique natural environment. Etna Park with its extraordinary landscape as well as rich flora and fauna, such as great birds of prey, is one of the most interesting nature oases in Europe.

The “Ferrovia Circumetnea”, a railway line operating since 1895, shows the beauty of the park in a very comfortable way: The tiny traditional train circumnavigates Etna in approx. 4 hours. It starts in Riposto, stops for example in Linguaglossa (winter sports resort set among vineyards directly on a lava flow), Randazzo (medieval churches, partly built with black lava stone), Bronte (famous for its pistachios), Paternó (with Norman fortress) until it reaches its terminus in Catania. Throughout the over 100 km route around the volcano, with a peak altitude of almost 1,000m, the passengers enjoy spectacular views of a unique nature – lava flows cutting through the forests, orchards and citrus groves on the lower slopes contrasting with dull black wasteland in the summit region up to the snow line…
In fact, oranges and lemons are grown on the fertile lava up to about 500m/1,650ft, olives and vines to 1,300m/4,290ft, followed by forests, e.g. oaks and chestnut trees, and finally areas of meagre vegetation from 1,800 up to 2,100m/6,930ft.

The approx. 270 volcanic craters and vents are mostly on the flanks of the mountain. More than 100 eruptions of Etna are known, the most recent one dating back to only just end of 2017.