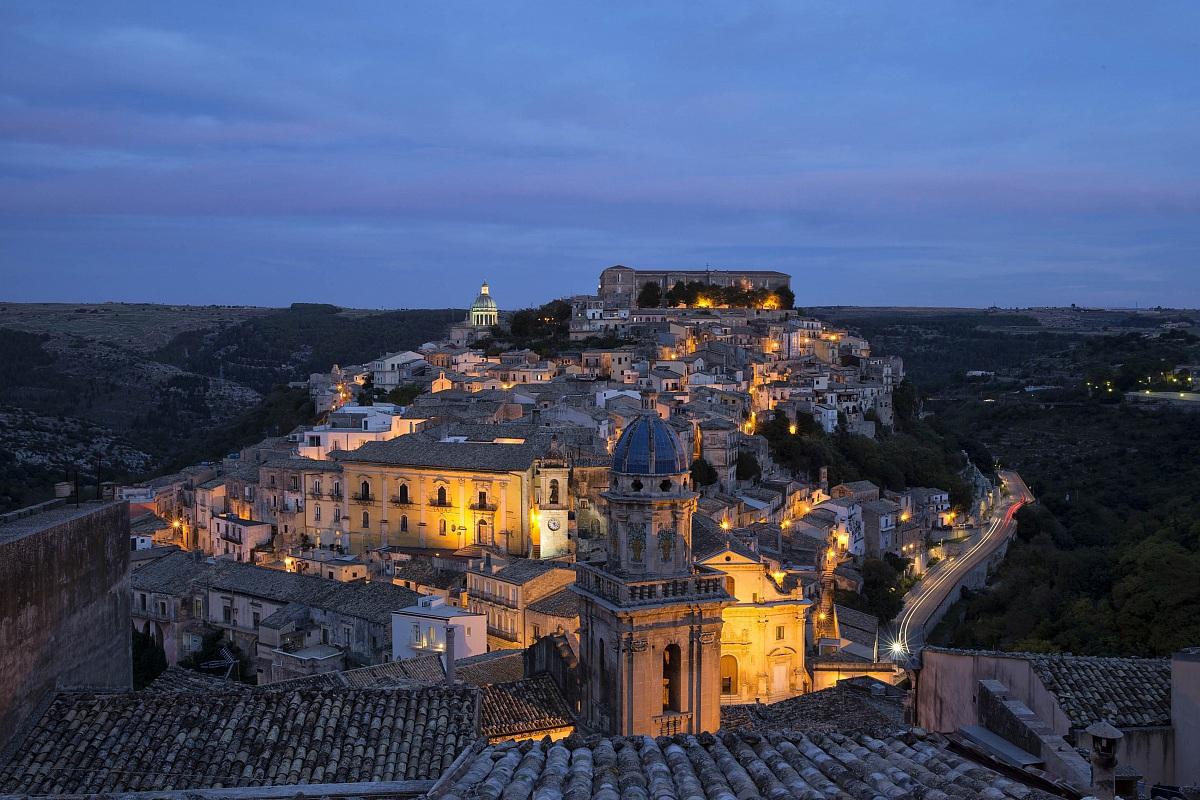 Looking for a hotel in Ragusa? Choose from more than 0 boutique hotels and charming hotels

The provincial capital and diocesan town of Ragusa with 66,500 inhabitants is situated near the Southern point of the island, perched on a crest of the Iblei Mountains (500m). It consists of two parts, divided by a sunken valley: to the east the deeper-lying Old Town of Ragusa Ibla, with picturesque narrow streets winding around the magnificent Baroque church San Giorgio, and to the west Ragusa Superiore, founded in the 18th century only, since when it has rapidly developed into the district where most of the people live and the town council and the cathedral are to be found.
Similar to the neighbouring town of Noto, Ragusa was also so severely destroyed by the great earthquake in 1693, that it was decided to construct a new Upper Town (Ragusa Superiore) on a high plateau to the west, in accordance with a strictly rectangular plan. But in contrast to Noto, also old Ragusa Ibla was reconstructed, so that both parts show marked Baroque influence, which makes the town so attractive.

The Siculan town of Hybla, near the present Lower Town of Ragusa, where ancient finds have recently come to light, came under the influence of Sicilian Greeks in the sixth century. In 848 it was destroyed by the Arabs, and rebuilt by the Normans in the 11th and 12th centuries.

Beside the Baroque splendour of the city as well as of adjacent Módica or Noto, you should not miss either the long unspoilt sandy beaches, the marvellous coastline where Camilleri ’s popular “Commissario Montalbano” novels were filmed (e.g. Marinella = Punta Secca) as well as Donnafugata (20km), one of Sicily’s largest and best preserved castles set in the middle of a vast park, and origin of one of Sicily’s most appreciated wines.